Fear and Loathing in Great Britain 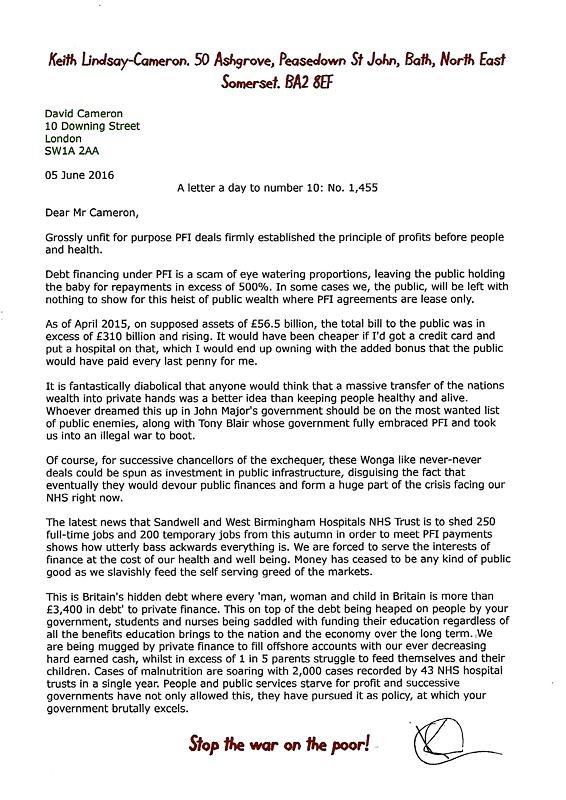 Grossly unfit for purpose PFI deals firmly established the principle of profits before people and health.

Debt financing under PFI is a scam of eye watering proportions, leaving the public holding the baby for repayments in excess of 500%. In some cases we, the public, will be left with nothing to show for this heist of public wealth where PFI agreements are lease only.

As of April 2015, on supposed assets of £56.5 billion, the total bill to the public was in excess of £310 billion and rising. It would have been cheaper if I’d got a credit card and put a hospital on that, which I would end up owning with the added bonus that the public would have paid every last penny for me.

It is fantastically diabolical that anyone would think…