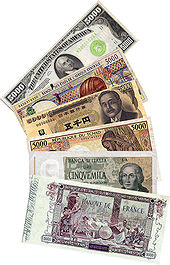 “There is no place for dirty money in Britain”, so says UK Prime Minister, David Cameron, who has promised to crack down on dodgy offshore companies that buy up luxury properties in the UK. Cameron says he will introduce a public land registry of properties owned by foreign investors. Channel 4 News has access to the data which highlights the problem is particularly acute in London.

“London must not become a safe have for corrupt money from around the world”, says Cameron. “We need to stop corrupt officials or organized criminals using anonymous shadow companies to invest their ill-gotten gains in London property without being tracked down.”

The figures are staggering. Some £122 billion worth of property in England and Wales is owned by foreign companies. Around 100,000 UK property titles are registered to them. Most are in Greater London where almost 43,000 properties are owned by overseas firms. “