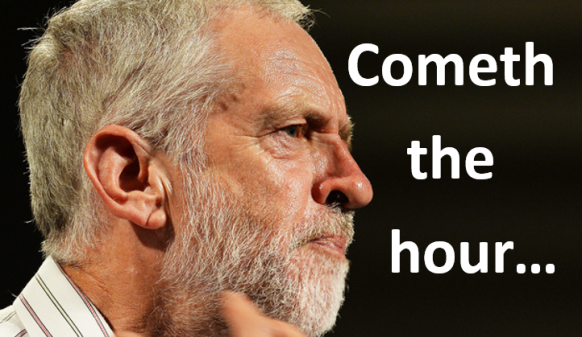 The news media are today talking up Labour’s ‘peril’ because of the government’s ‘Article 50’ bill to set the clock ticking on Britain’s departure from the EU.

Much is made of the ‘quandary’ that Jeremy Corbyn’s Labour faces because most Labour MPs and many Labour voters don’t want to leave the EU, while BBC News and others emphasise Corbyn’s decision to impose a ‘3-line whip’, meaning that all MPs are expected to vote in line with the official party position and the fact that some MPs are planning to rebel against that whip.

The basic facts are true, but just as the Chinese character for ‘crisis’ is supposedly a blend of the characters for danger and opportunity, the government’s panicked and poorly thought-out actions – combined, crucially, with the fact that the majority of the anti-democratic MPs who oppose Corbyn are among the most vehement opponents of Brexit…