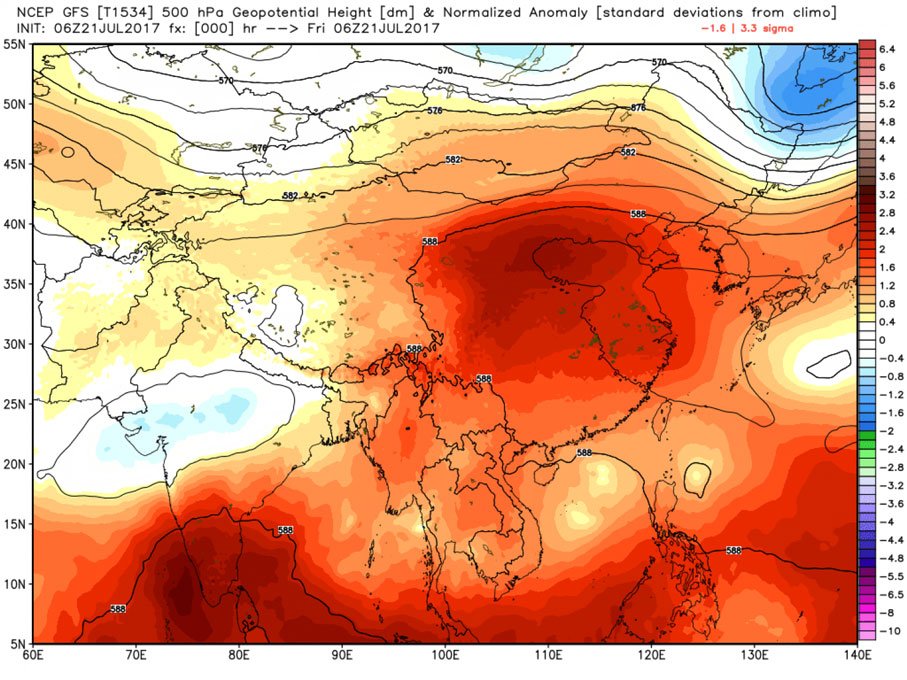 The 2015 National Security Strategy sets out the tier-one threats faced by the UK. These are international terrorism, cyber-crime and climate change. The characteristics of the latter are extreme weather patterns and rising temperatures. These are becoming more frequent and unpredictable.

Nine days before the world’s largest populated city, Shanghai, experienced its hottest day in its recorded history, the planets biggest ice berg, Larsen C, broke away from the Antarctic ice shelf. This followed the collapse of the more northerly Larsen A ice shelf in 1995 and Larsen B in 2002.

Climate change is likely to be contributing to the altering of wind patterns and weather throughout the world. With temperatures in the Arctic rising at twice the rate of the planet as a whole, the sea ice area is already below what would have been a yearly low in the 1980s with nearly two months still left…