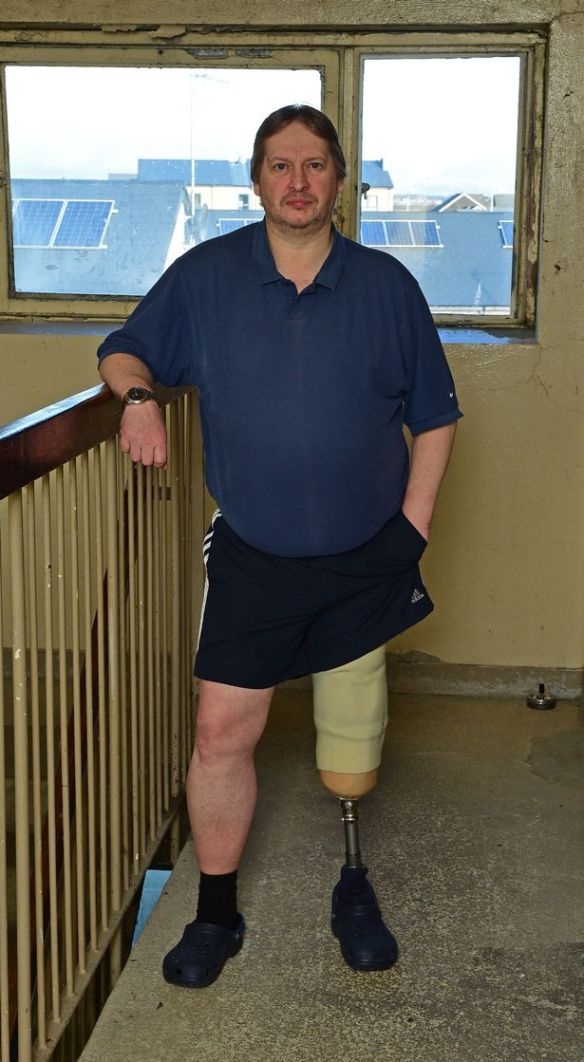 Tommy Weir says the reference in his Personal Independence Payment (PIP) assessment report to his left foot was either ‘gross incompetence or simply a lie’ because he doesn’t have a left foot.

A man who had his foot amputated because of a health condition has had his social security support cut after an assessor claimed a wound on his non-existent foot had “completely healed”.

Despite the evident error in the Department for Work and Pensions report, Tommy Weir’s £479 a month payments were immediately stopped last month.

Weir suffered from a bone infection which led to life-threatening sepsis and an eventual amputation of his leg under the knee in October 2017.

He was initially examined at his home and awarded a Personal Independence Payment (PIP) as he cannot walk without the aid of a prosthetic leg. Before becoming too ill to work, Weir was a swimming pool manager.